Life Outside The Boat 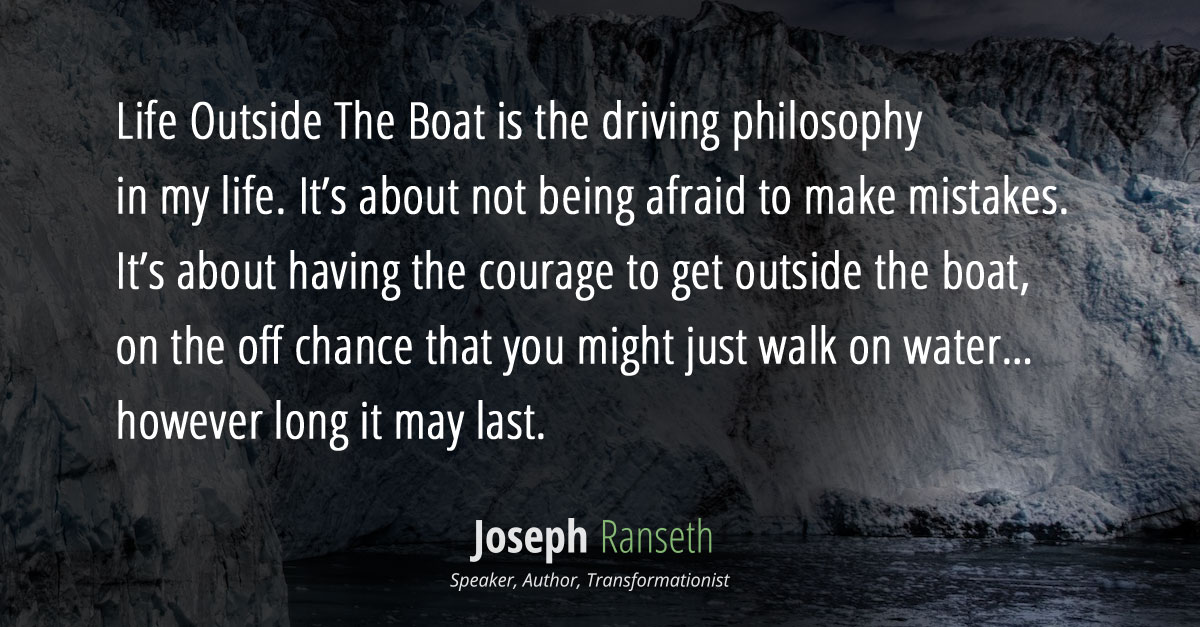 Life Outside The Boat is the driving philosophy in my life. It’s about not being afraid to make mistakes. It’s about having the courage to get outside the boat, on the off chance that you might just walk on water… however long it may last.

One of the most powerful stories I ever heard was that of the Peter, when he walked on water.

Life begins outside the boat… Go ahead, get wet.

He didn’t last long, though. If it weren’t for the helping hand reaching down to catch him, Peter would have hit the bottom of the sea like an anchor.

For years, I always thought that Peter was a wimp… a failure. Seriously, he had Jesus (the greatest water-walking coach in the universe) right there telling him how to do it. And he still sunk… What a loser.

Then, one day, I realized something that absolutely changed my life: there were 11 others, but they were still in the boat.

Peter, though wet, had the courage to get out of the boat.  He wasn’t afraid of making mistakes. He wanted to live “all in.”

Since then, I have transformed my relationship to failure. Where I was previously afraid of taking risks, I now embrace them as part of the experience of life. My wish is that I won’t ever be found inside the boat, playing it safe.

Life is lived best outside the boat. Go ahead, get wet.