My secret brain injury, that nearly ruined my life

This is the first time I’m sharing this publicly. I’m nervous.

Last year I was in an accident and suffered a traumatic brain injury. It nearly ruined me, and almost put my family on the streets. 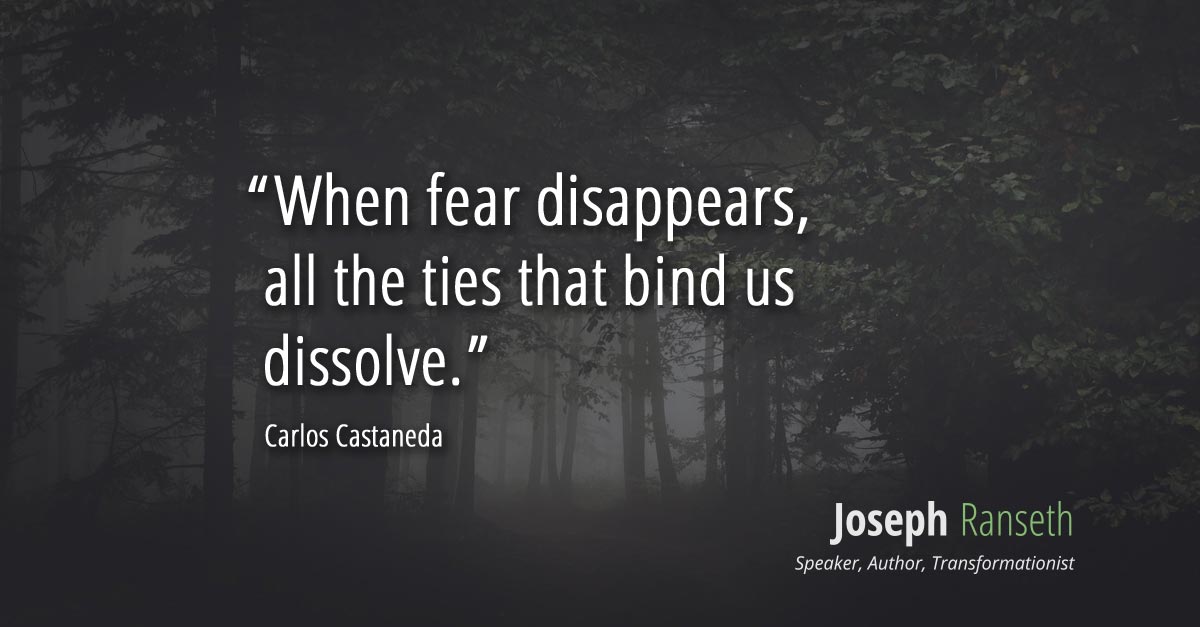 “When fear disappears, the ties that bind us dissolve.” – Carlos Castaneda

The story of my brain injury

While the story of my brain injury might not be completely wrapped up with a nice clean happy ending yet, I have gained some very powerful lessons and insights through the experience. I’ll share more of these stories and insights in a series of posts over the next little while, but for now here’s the short version: I fell in a freak accident and the back of my skull landed on solid concrete. (You know, as opposed to not-solid concrete…)

At first nothing happened. But after a few days of increasing pain and dizziness I started thinking something was wrong. A friend of mine, and fellow professional speaker, Tim Hague Sr. (who you may know as the guy who won Amazing Race), was talking with me at our CAPS meeting and noticed that I didn’t look quite right. Trusting his background as a nurse, I followed his advice and went into the emergency room. They checked it out and said it was a concussion, and that I’d be better in a few days.

Or so I thought…

For 2 weeks it steadily got worse and worse. I couldn’t do anything. When I returned to the ER, the same attending physician saw me – his eyes bugged out of his face and his jaw dropped – and said: “You’re the same guy who was here before, right? Same concussion?” I replied: “yes” and within a lightning fast 5 minutes he had me in for a CT scan and had written a referral to the leading concussion-specialized neurologist.

Countless appointments with other doctors, specialists, therapists and so forth all trying to help, but nothing worked. For 5 months I couldn’t work. I couldn’t do anything, really. I couldn’t feel productive, I couldn’t give back, I couldn’t provide for my family. As both the sole breadwinner of my family, as well as the only revenue-generator in my company (I have a staff of 5), things got stressful. Very stressful. To say I was desperate would be an understatement. I haven’t shared with many people just how desperate I really was, and the scary choices I almost made during that dark, lonely time.

Two things helped me keep my shit together (to borrow a term from Heather Sayers Lehman) and get my life, at least somewhat, back on track.

The power of community

First, a great community and support system. Many of you reading this right now don’t know just how much it meant to me to get your messages during that time, even if you didn’t know what I was going through. My family tried to understand what I was going through (and they did a phenomenal job) but it’s difficult when a brain injury doesn’t leave a scar, or give you a cast to make it obvious that you are hurt. In many ways I was physically okay: I could carry wood and work in the garden, I just couldn’t do it in sunlight, or with any noises around. I also couldn’t really see anything within 3 feet of my face, and sometimes I couldn’t remember what year it was or what I was doing just 30 seconds earlier. It’s hard to share that you’re struggling with these issues when often the first response is “but you look fine”. 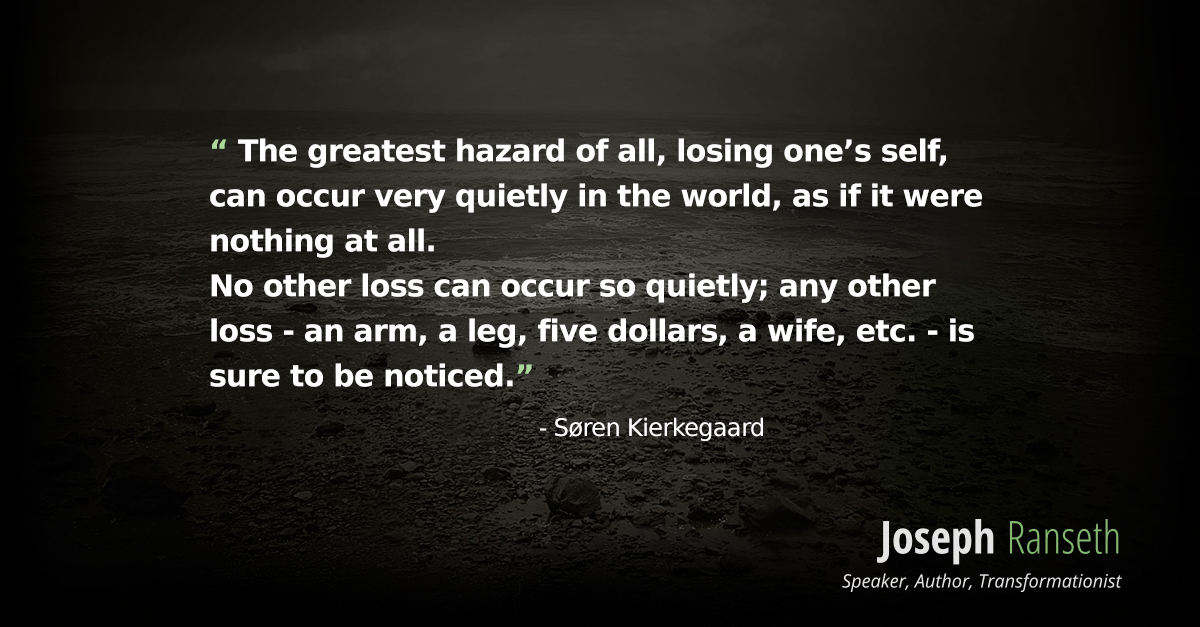 “The greatest hazard of all, losing one’s self, can occur very quietly in the world, as if it were nothing at all. No other loss can occur so quietly; any other loss – an arm, a leg, five dollars, a wife, etc. – is sure to be noticed.” – Søren Kierkegaard

One of the places I found refuge was in a business mastermind group that I’m in, through a mentor of mine, Lisa Sasevich. Even though I couldn’t work on my business at all, I’d often reach out to mastermind (brainstorm) with you members of the group to share ideas and help with their businesses. (This was all done while I sat on my bed in the dark, with no computer, with the speaker phone on, held as far away from my brain as I could reach.) This simple (though sometimes very, very painful) act was all I could do to feel like I was being productive, even if it for someone else’s business and I couldn’t do anything on my own.

If you are reading this, chances are you are one of those people. If it was simply liking one of my tweets or stopping by my site, that was sometimes all the encouragement I needed to hang on.

The second thing that helped is what many would consider an “alternative” medical treatment option. It was literally a life saver. Within 3 days of taking this medicine (which is not currently an approved legal option in most countries) I saw a MAJOR turnaround. The pain subsided, the inflammation dramatically decreased, my focus returned and I was able to go back to work and get back on track. To me, it was truly a miracle. A miracle that I’ve heard several others say worked for them just as powerfully, but sadly it’s a “miracle” that so many other people haven’t been – and still aren’t – able to receive, because it isn’t an approved treatment option… yet. 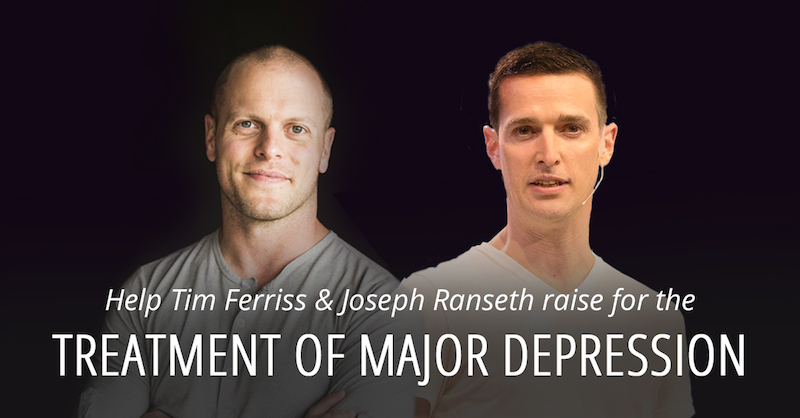 We are raising money to fund researchers in neuroscience and psychiatry at Johns Hopkins University School of Medicine to conduct a pilot study of psilocybin in the addressing of treatment-resistant depression.

A recent but still unpublished study at Johns Hopkins demonstrated rapid, substantial, and sustained (lasting up to six months) antidepressant and anxiolytic (anti-anxiety) effects of a single dose of psilocybin in psychologically-distressed patients with life-threatening cancer diagnoses. This is incredibly exciting. What if we could decrease or avoid altogether the known side-effects (and frequency of consumption) of current antidepressant drugs like SSRIs?

This study could help establish an alternative.

Current popular antidepressant medications have significant adverse side effects, with up to 50% of patients failing to respond fully and as many as 30% remaining completely resistant. Major depression is a common and often devastating psychiatric disorder. Individuals with depression are at a much greater risk of suicide than the general population.

Psilocybin has been safely consumed by humans for millennia. Despite this, the study of entheogens like psilocybin was blocked for several decades due to political rather than scientific factors. Now, we can finally explore the therapeutic and medical potential of these powerful compounds.

Besides me and Tim Ferriss, public supporters of this research include:

And many other innovators in business and tech

The study will determine the efficacy of psilocybin in treatment-resistant depression, and will also use cutting-edge brain imaging to clarify the mechanism of action of psilocybin’s antidepressant effects.

In the world of science, it is a rare opportunity to be able to conduct such potentially groundbreaking work for a mere $80,000. It’s almost unheard of. Psilocybin has the potential to revolutionize the treatment of major depression that cannot be properly addressed with current treatments. This also applies to end-of-life care for terminally-ill cancer patients (more on this in the Michael Pollan New Yorker feature entitled “The Trip Treatment“).

I hope you’ll join me— and the above thought leaders—in this campaign. It could spark a huge shift in the national conversation about entheogens and their place in medicine.

Contributions to this study are fully tax-deductible and each donor will receive a tax receipt. Johns Hopkins is a 501(3)c organization.

Tim is personally committing at least $100,000 to entheogen/psychedelic research this year (2016). A portion of that will go to this study.

Roland Griffiths and his colleagues at Johns Hopkins have been leaders in the re-initiation of research with classic psychedelic drugs, which was blocked for a period of several decades. Some of their research can be seen here: http://csp.org/psilocybin/

This pilot study will enroll up to 6 individuals with treatment-resistant depression (at least 2 failed attempts at an anti-depressant treatment) who are judged by a physician to be appropriate for the study and who remain under outpatient supervision for the duration of the study.

Participants will undergo two blinded drug sessions, one with psilocybin and one with a placebo, each followed the next day by a brain imaging session using a high-field strength MRI (7T magnetic resonance imaging) scanner to measure key neurotransmitter levels (cortical glutamate concentration) and communication among brain regions while at rest (i.e. dynamic functional connectivity).

Brain imaging measures will help us to understand the way in which psilocybin alters brain functioning, which may help us to further optimize the delivery of psilocybin-based treatments. The study may last up to one year from the time of funding, but the objective is to finish sooner. Preliminary data from this pilot study will be used to seek a larger grant from the National Institutes of Health (NIH), as well as private funding institutions for a large clinical trial of psilocybin and depression. Based on preliminary data, psilocybin has the potential to revolutionize the treatment of major depression resistant to available treatments.

An invitation, and a special gift

I’d like to invite you to help give a gift that could help so many others who struggle with brain injury, cancer, depression, etc, and possibly save lives.

And, as a way of saying thank you to those who donate to the cause, I’ve arranged for some special gifts.

Yes, I’m trying to make this fun and interesting, but in all seriousness: thank you. Even just taking the time to read this far means the world to me. (Honestly, if you read the whole post I will send you a postcard even if you don’t have $10 to donate. Just send me a note.)

P.S. – I will be sharing some stories in futures posts (involving a personal phone call with a Nobel Peace Prize Nominee) but I hope you’ll take a quick second to donate now, even if it’s just a few bucks. (I love you.) 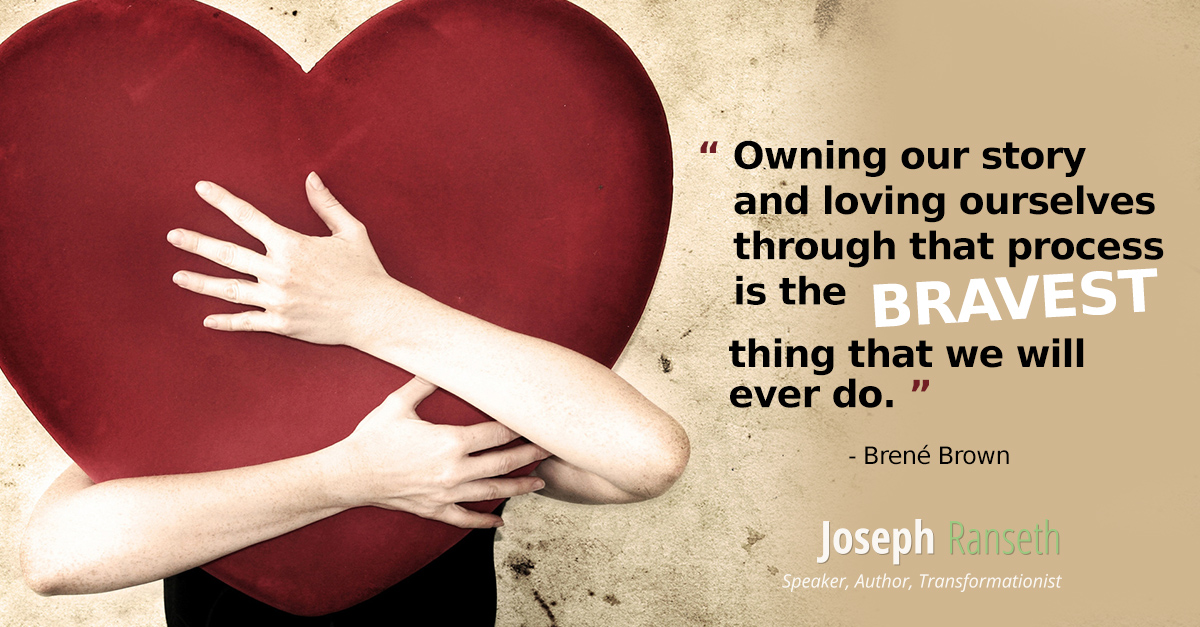 “Owning our story and loving ourselves through that process is the bravest thing that we will ever do.” – Brené Brown