The other day I was at an early morning interview on CBC to talk about an event on racism I had attended just a few days prior, and share some perspective on ideas for making the shifts we need to reconcile the divides in our society.

On my drive down to the station, I was listening to Martin Luther King’s I Have A Dream speech. Because I speak on the topic of how to start movements, I listen to this speech often; I have to. There is a big difference between getting a lot of attention, and getting a lot of people to take action. And this is exactly the heart of the issue in starting movements. 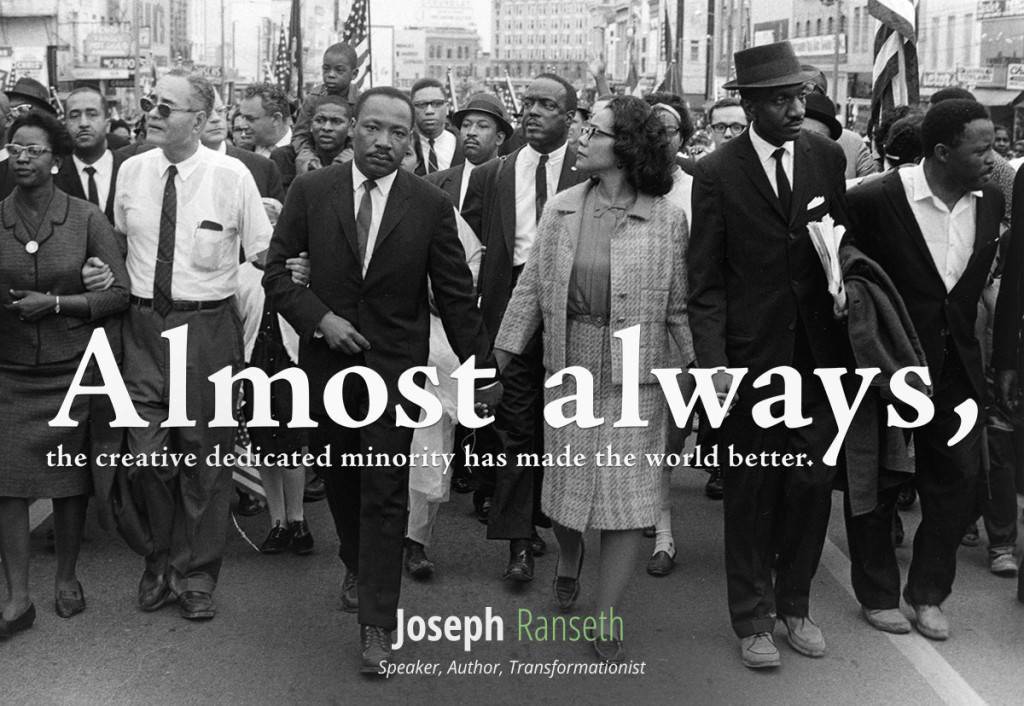 After the interview, I returned to my office and found a preview copy of a new book written by influence expert Teresa de Grosbois. To be honest, I’ve read a lot of books on this topic and most of them come up quite short, in my opinion. They focus on the “personality ethic”, as Stephen Covey would call it – the tactics to get people to like you – instead of the “character ethic” – the inner growth founded on enduring principles (such as honesty, love, justice, integrity, etc).

This book was different. It gave me chills.

I got chills when in the first few chapters she referred to Dr. King’s work with poignant insight… Less than an hour after I had just listened to his speech and spoke of it on the radio. Even more inspiring to me was the authenticity of what she said about the power of genuine relationships. To gain influence, we have to give something first.

Here was the key takeaway:

Popularity is who knows you; influence is who would do a favor for you.

There you have it. It’s not about who knows you, but who genuinely cares about you enough to do a favour for you. (That’s what the Mass Influence book is about.)

In today’s world of visible social media metrics, we can be fooled into thinking we have influence simply because we have reach. If 100,000 people follow us, then we must be more influential than someone who only has 1000 followers. But what the visible metrics can’t show are the invisible metrics of the quality of our relationships, and that is where true influence comes from.

.
Dr. King didn’t get 300,000 to come listen to his I Have A Dream speech simply because he was popular. Nor was it because he had a powerful message, though he obviously did. In large part, he was able to build such a large army of advocates for the cause because he was able to ask people to take action on his behalf: to phone, to knock doors, to do whatever it took to bring people from across the country to listen to the “what [would] go down in history as the as the greatest demonstration for freedom in the history of [the] nation.” 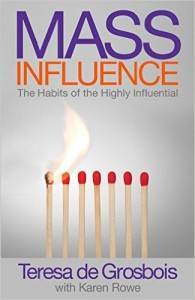 And that’s why I love Mass Influence, by Teresa de Grosbois: it teaches the true root of influence, and does away with the silly notion that just because people know our name, that they would be willing to do a favour for us should we ask. It also shows you how to develop the influence. (Hint: it has a lot to do with genuine service to others.)

Are you ready to develop your influence? Pre-order your copy of Mass Influence today. Right now, when you pre-order, you can get free access to Teresa’s 30 Day Mass Influence training program. Where would you be 30 days from now if you developed that type of influence?

Disclaimer: I am not paid to promote this book in any way. I genuinely love it and am a big fan of the work that Teresa is up to. If you want to do something meaningful on the planet before you’re gone, you’ll love it to. I promise.

Are you ready to start a movement?

It’s counter-intuitive, perhaps, but achieving your goal – if your goal is starting a movement – isn’t about what you can get, it’s about what you give. That’s why Gandhi & Dr. King stand apart from those who just got a lot of customers, or a crap load of twitter followers. It wasn’t about what they could get for themselves, but how they could serve others.

Are you ready to give yourself to a cause greater than popularity? You might just be ready to start a movement… 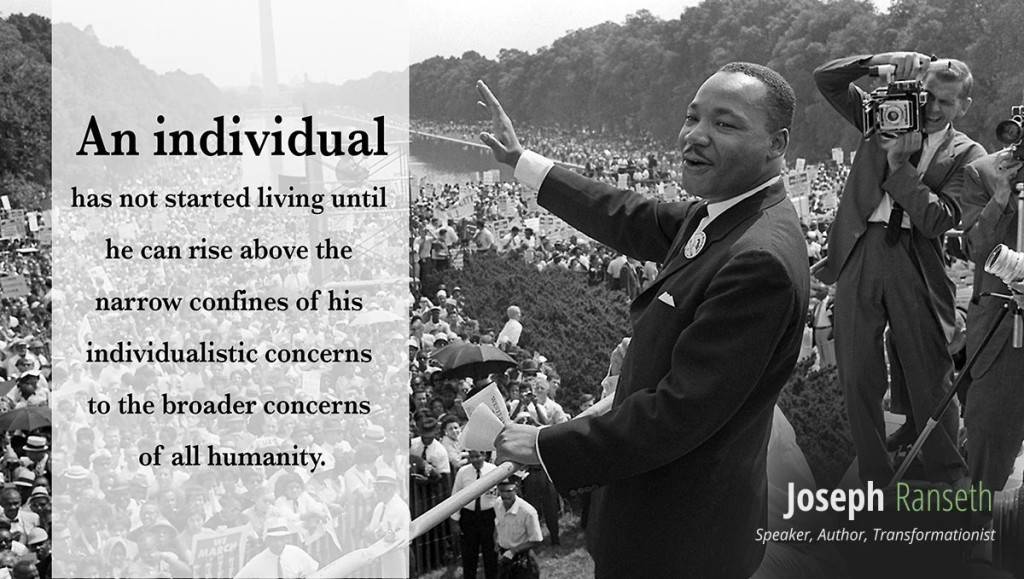