Thought Leader of the Year Award – Go Ahead, Start a Movement

Earlier this year I was nominated for a Thought Leader of the Year award because of the work I did and the content I shared in my Purpose Driven Marketing Manifesto. As part of the nomination process, I was to speak at the annual Bestsellers Summit in Hollywood this past September. While I’ve spoken at a lot of conferences, this one was unique in that it was a room full of Bestselling Authors – thought leaders in their own right – converging to celebrate the impact that they’ve had through their writing over the past year.

The event was a red carpet gala, along the lines of the Emmy’s, but specifically for authors who had achieved bestselling status. The speaker lineup included greats such as: Jack Canfield (Chicken Soup for the Soul), Brian Tracy (Personal Development Legend), Thomas Bähler (Michael Jackson’s principal vocal arranger) and Simon T. Bailey (Author of Shift Your Brilliance). I consider it an honor to have been included among them. 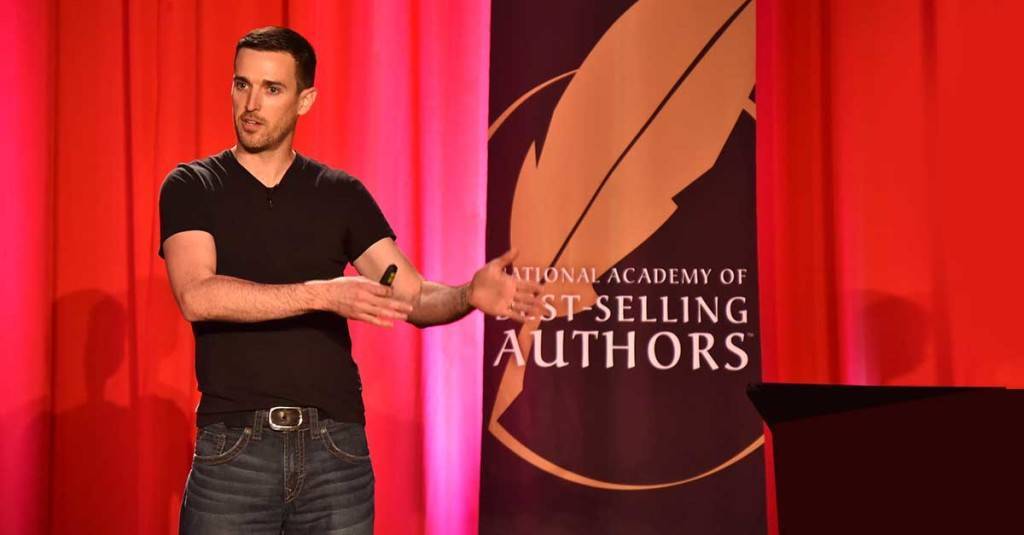 Presenting at Bestsellers Summit in Hollywood

In addition to contributing to a book that achieved bestseller status, I was at the event because I was nominated for the Thought Leader of the Year award. As part of the event, I was given an opportunity to share the blueprint on How To Start A Movement.

There were 6 nominees for the Thought Leader award. I was fortunate to win the award.

Go Ahead, Start A Movement

Winning the Thought Leader of the Year award, in my opinion, has less to do with my abilities as a thinker or a speaker, and more to do with the state of the world right now. People are hungry to see the world become a better place. People want to start movements. People want to be a part of something bigger than themselves. All I do is share the timeless information that others have used in the past to achieve the same thing that most in the world are desiring to do themselves right now.

I am hopeful that the world is becoming better every single day, and the challenges we face won’t defeat us, but will mobilize and unite us. The world will win, and we will be better off for it.

You’ve got something meaningful to share with the world. Go for it.