if one advances confidently in the direction of his dreams…

Henry David Thoreau is the author of Walden, a timeless book which was written during a 2 year retreat in the woods. Of this experience he said:

“I went to the woods because I wished to live deliberately, to front only the essential facts of life, and see if I could not learn what it had to teach, and not, when I came to die, discover that I had not lived.”

From that deliberate living we gleaned one of the most oft-quoted inspirational thoughts of all time: Advance confidently in the direction of your dreams and you will meet with a success unexpected.

“I learned this, at least, by my experiment: that if one advances confidently in the direction of his dreams, and endeavors to live the life which he has imagined, he will meet with a success unexpected in common hours. He will put some things behind, will pass an invisible boundary; new, universal, and more liberal laws will begin to establish themselves around and within him; or the old laws be expanded, and interpreted in his favor in a more liberal sense, and he will live with the license of a higher order of beings. In proportion as he simplifies his life, the laws of the universe will appear less complex, and solitude will not be solitude, nor poverty poverty, nor weakness weakness. If you have built castles in the air, your work need not be lost; that is where they should be. Now put the foundations under them.” 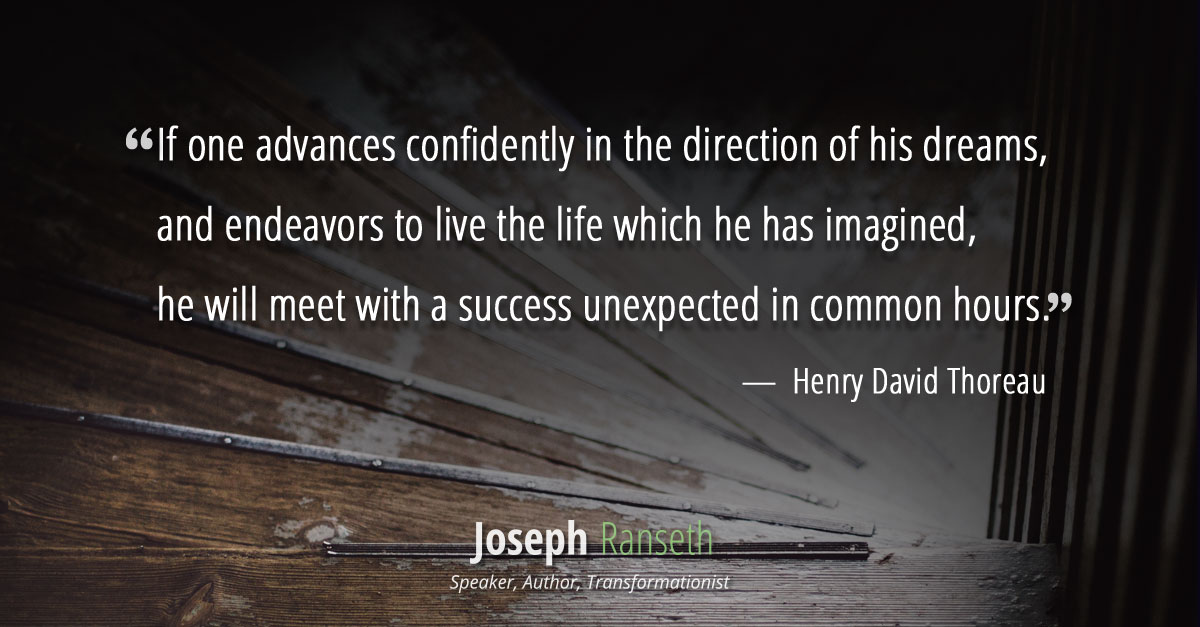 In what way will you advance confidently toward your dreams today?